The ethics of an unparalleled designer

Designing high quality architecture for all

Stefano Boeri is one of the worthy heirs of the utopian movement that has been driving the design industry and its publishers, such as Zanotta, for more than 40 years and whose success is still ongoing. This man, the source of the most incredible pieces of contemporary architecture created in Belgium, practises his profession with reflection, audacity and the desire to revolutionise housing standards.

A child of the sixties, Stefano Boeri had a creative streak from an early age. He is the son of the designer and architect Cini Boeri, a contemporary of the designer Marco Zanuso, with whom she started out. She is famous for being the creator of the Ghost chair (1987). A piece made entirely of tempered, totally transparent glass. An icon of its kind that remains in the collection of MoMA in New York and is handcrafted by the brand FIAM (Fiam Italia).

In 1980, Cini Boeri stated in her own design manifesto: “In order to avoid people being boxed in rooms that are not suitable for them, we need to start designing from scratch based on an analysis of their current needs.” Now, Stefano Boeri’s work meets this requirement. It takes the world of architecture out of the traditional framework and gives it a whole new dimension, in line with the public’s expectations in terms of performance and sustainability. His buildings thus have a high architectural and environmental value and universal scope. 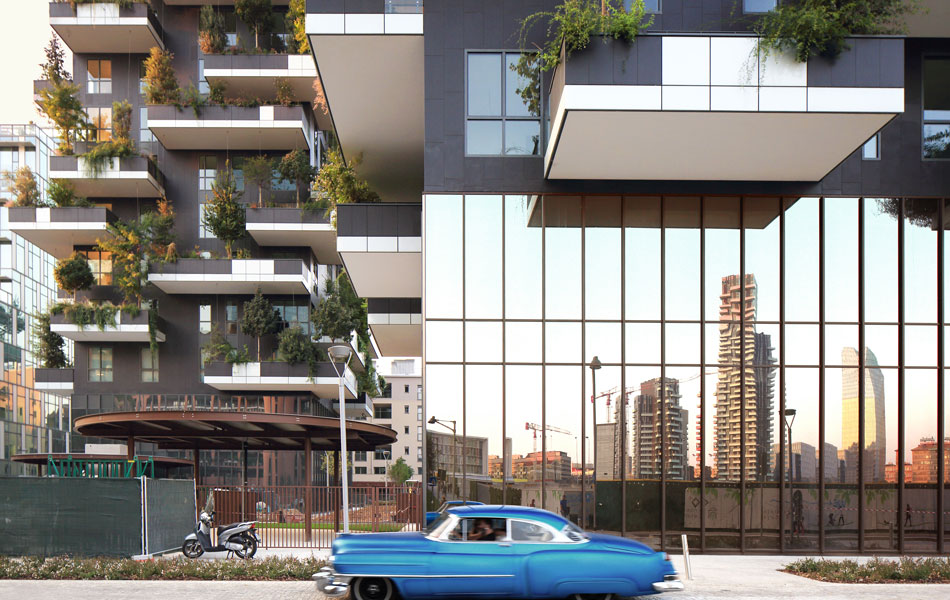 Stefano Boeri is a graduate of the Politecnico di Milano, where he began his career as a teacher of urban planning projects. Since 1993 and the founding of his cultural events agency Multiplicity, he has collaborated with major events such as the Venice Architecture Biennale and the Documenta in Kassel, Germany, dedicated to art, as a curator. In 2002, he presented a striking programme on the subject of illegal migratory flows in the Mediterranean, aptly entitled “Mutiplicité”.

Whether he is chairing the Milan Triennale, one of the most famous design museums in the world, or directing the eminent design magazine Domus, Stefano Boeri questions our way of life with curiosity. The answers he provides as a curator or architect make him one of the major spokespersons for environmental and societal developments and issues.

Social justice and creativity go hand in hand for Stefano Boeri. His sources of inspiration, which he willingly shares with the public, reveal how he thinks. The famous Patrone chair (published by Gufram) is one of them. On this oversized reproduction of a patch of green grass, created by architects Giorgio Ceretti and Riccardo Rosso in 1971, he wrote: “I believe that the great success of this object stems from a certain perplexity in observing the destruction of nature.” On the art of the French artist Christian Boltanski, he recalled this quote:“An artist is someone who has complete knowledge of the rules of his time and, at the same time, manages to circumvent or modify them.”

Imagining the building of tomorrow differently

The internationally renowned work of Stefano Boeri Architetti is the result of the thinking of its founder and director Stefano Boeri. It is defining new rules with an environmental responsibility: rehabilitate and renovate existing structures or build new constructions when necessary. Biodiversity and strategic urban planning, property and social housing, opposites come together in the ideals of the firm based in Milan in Italy, Shanghai in China and Tirana in Albania. A sister agency for interior design, Stefano Boeri Interiors, was also created in response to the growing demand for modern and environmentally responsible interior design and furnishings.

The playfulness of his practice could also be seen in the exhibition “Nous les Arbres” at the Fondation Cartier, the art centre with architecture by Jean Nouvel. At the heart of more than 200 works by some thirty international artists, the video installation by Stefano Boeri Architetti, created with the philosopher Emanuele Coccia, summed up the possibilities of implementing his concept of “vertical forests” throughout the world. For Stefano Boeri and his team, urban planning and the art of living must be in direct relation with the plant world and especially with trees, which are subject to massive deforestation. 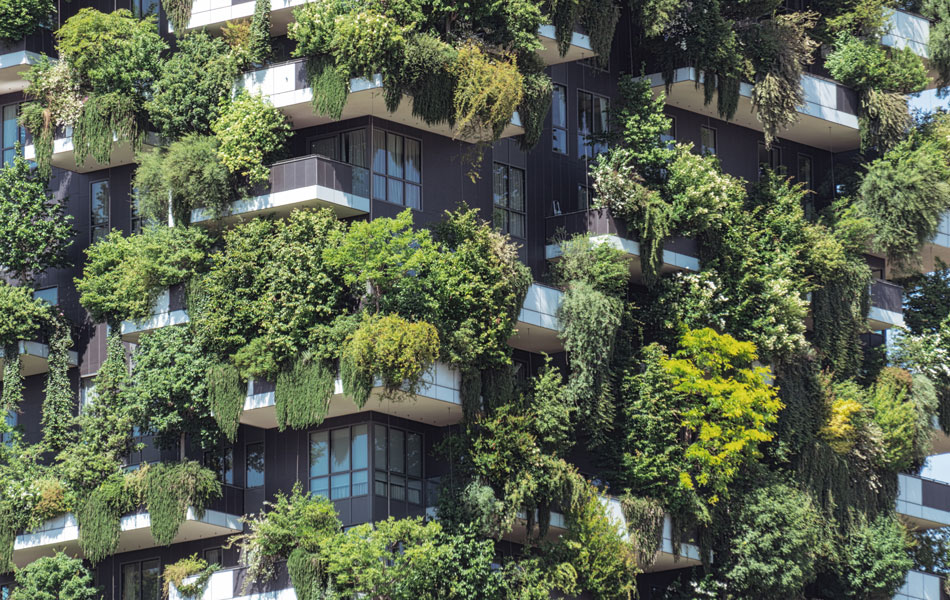 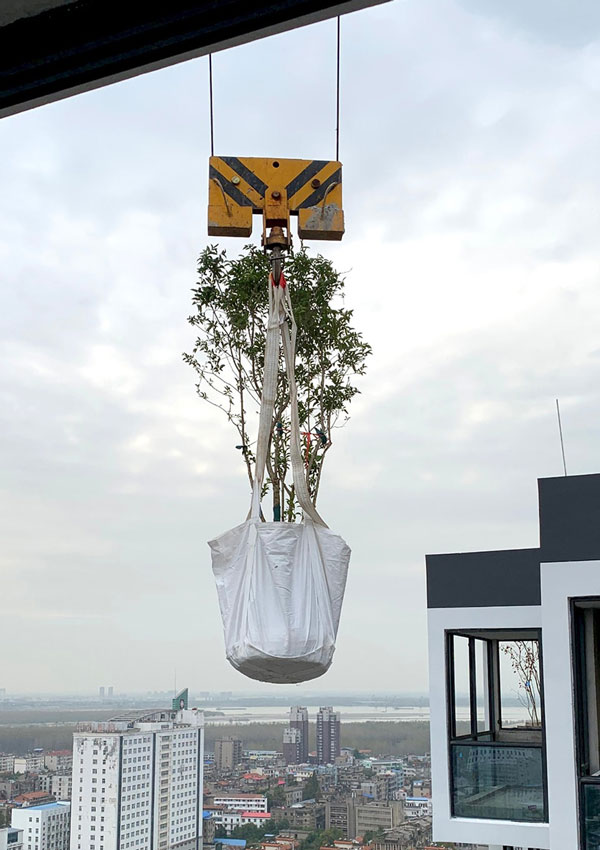 An extraordinary “vertical forest” as a model

Nearly 20,000 trees and shrubs cover the two residential towers of 18 and 26 storeys in the Bosco Verticale (literally “vertical forest”) complex, created by Stefano Boeri’s architecture studio in Milan. This apartment building was established in 2014, after five years of active policy for its location and construction, and is exemplary. It has received awards for excellence in the building industry such as the “Best Tall Building Worldwide” from the CTBUH (Council on Tall Buildings and Urban Habitat). This achievement in Italy’s most industrialised city is linked to three major projects for Stefano Boeri Architetti:

The construction of the Palazzo Verde, the “greenest” tower in Belgium

Stefano Boeri’s future forest-building in Antwerp – a progressive landmark for the city and its new Nieuw Zuid district – offers many innovations. For Belgian buyers and investors looking for new, quality residential buildings that make sense, this real estate programme, which is presented as both accessible and upmarket, is a must. The 67 flats of Palazzo Verde are the result of Stefano Boeri’s tried and tested green theory, which is appreciated all over the world, as well as of a beautiful originality in form that prioritises the outdoors.

There are many advantages to the Palazzo Verde’s accommodation, including:

This 80-metre high, 24-storey urban development is expected to be the centrepiece of the Nieuw Zuid. Located between the Scheldt River and the new Palace of Justice of Antwerp, this new district includes other works by stars of contemporary architecture and design such as Vincent Van Duysen and the Belgians Paul Robbrecht and Hild Daem of Robbrecht en Daem. 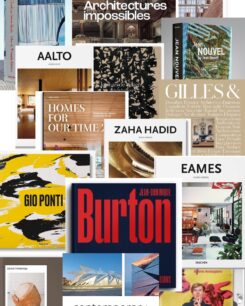 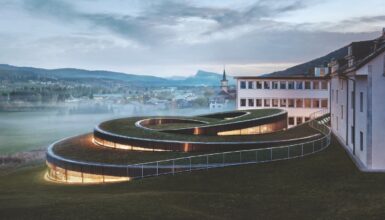 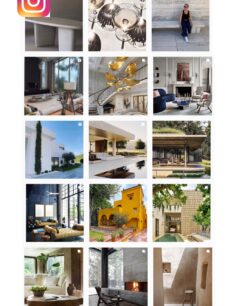 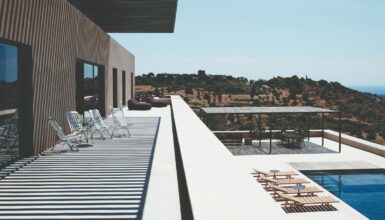