The PURS hotel in Andernach is the first hotel to be fully designed by Axel Vervoordt. This understated design hotel is housed in a seventeenth-century Chancellery, which was built by the then Archbishop of Kur-Cologne. The original building has been extended with two new parts and a lush green courtyard that connects the beautiful architecture and the numerous works of art with the surrounding nature.

The 11 spacious guest rooms have been furnished in Vervoordt’s signature style, which combines a homely warmth with respect for the architectural history of the building. Historical elements such as the slate roofs, the richly decorated plaster ceilings and the capital windows were restored. Each space is immersed in its own style, ranging from a room in soothing shades of blue and green to a suite in cozy and earthy reds. Vervoordt’s beloved wabi-sabi style, inspired by the Japanese philosophy that believes in the beauty of imperfection, is also represented in several suites. 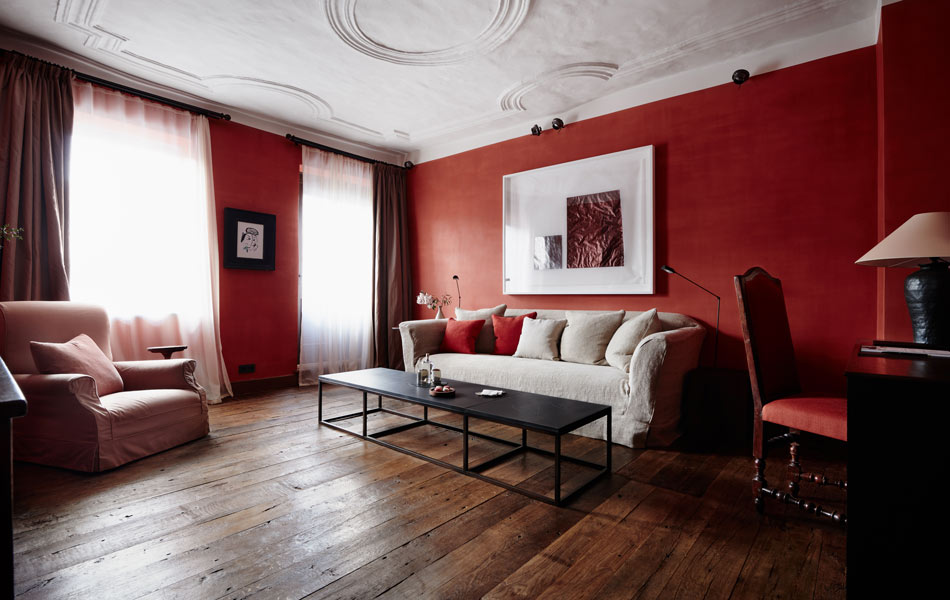 Prior to the PURS hotel, Vervoordt gained experience in decorating hotel suites while designing the exceptional penthouse suite of the Greenwich hotel in Manhattan. Co-owner Robert De Niro, who is a good friend of the Antwerp interior architect and gallery owner, asked Vervoordt to renovate the suite, in collaboration with the Japanese architect Tatsuro Miki. The result, according to Vervoordt, is not a hotel room but rather an art installation. “There is almost no art on the walls, because the penthouse itself is a work of art,” recounts Vervoordt.

The large suite, measuring more than 600 m2 in total, has been immersed in an almost Spartan aesthetic, in response to the decadence for which bustling Manhattan is notorious. The interior was influenced by two closely connected design traditions: the Japanese wabi-sabi philosophy and the more recent Artempo, which celebrates the beauty of the effect that Time has on countless objects. The result is a minimalist gem, where raw materials, silence and emptiness play the leading roles. Following the ‘think global, act very local’ ideology, Vervoordt sourced most materials from close by, such as New York earth to decorate the walls of the penthouse and planks that were found at the local vegetable market. 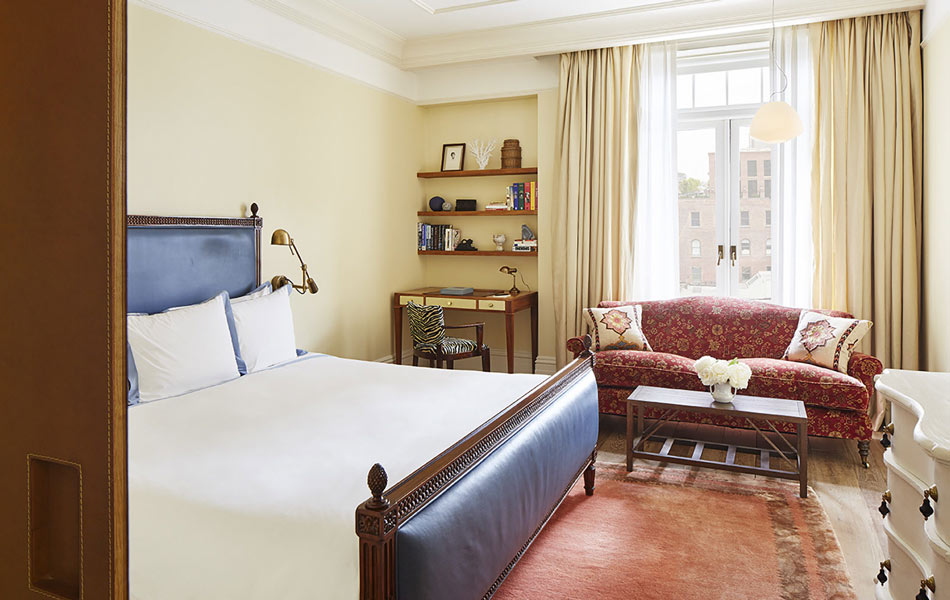 The first hotel project by architect Vincent Van Duysen is located in a highly unusual location, the former Augustinian Monastery in Antwerp. August is an understated boutique hotel in the heart of the city, a stone’s throw from the Zurenborg district with its impressive Art Nouveau and fin-de-siècle architecture. Designed with respect for its religious history, the hotel has been transformed into a contemporary sanctuary, where the soul of the historic architecture merges seamlessly with an invigorating modernity. As Van Duysen states: “This is a place where people can feel at home, without neglecting the fact that we are in a place that once was sacred.”

The interior design of the 44 guest rooms is a tribute to the sober Augustinian way of life in this historic monastery. Numerous unique details, such as the hand-glazed bathroom tiles, the custom-made furniture and the hand-woven carpets, this design hotel its finishing touch. The pièce de résistance is the chapel, which dates back to the beginning of last century, that has been repurposed as an exclusive hotel bar and lobby. Adjacent is the exquisite hotel restaurant, that offers a menu created by Nick Bril, the Michelin-starred chef of the nearby The Jane. 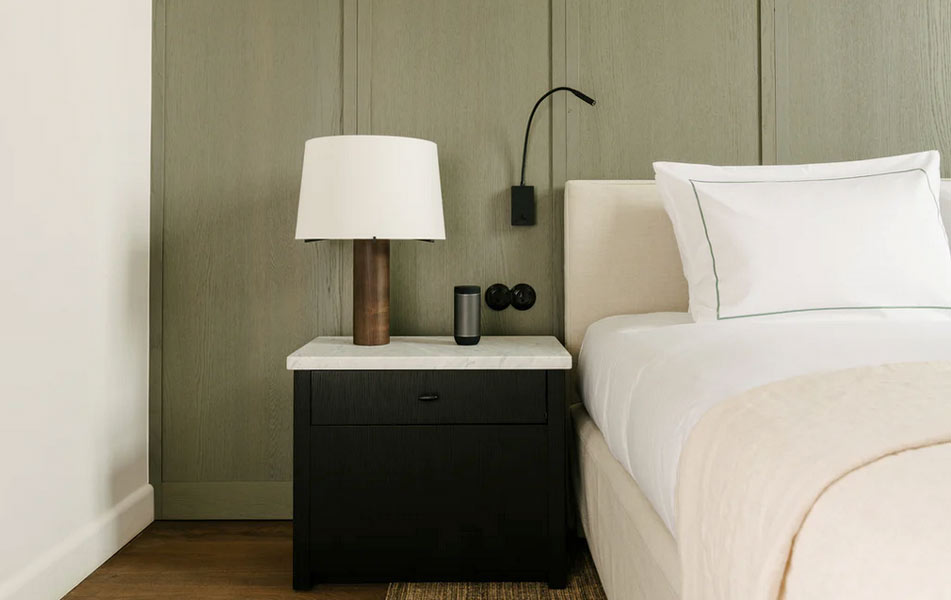 At the heart of medieval Ghent, squeezed between the River Lys and the Church of Saint-Nicolas, stands the eye-catching Old Post Office. This turn-of-the-century architectural gem was constructed in an eclectic style that fuses neo-Gothic and neo-Renaissance influences. In 2017 the 1898 The Post hotel opened its doors in this historic building and offers 38 refined rooms and suites that radiate a rare elegance, demonstrating an aesthetic coherence with the rich past of the City of Van Eyck.

Interior designer Geraldine Doghogne carefully selected the antique furniture, the natural fabrics that decorate the beds and sofas and the tranquil green-grey color palette that is reminiscent of the Flemish Masters. Century old portraits and antique curiosities give the rooms a mysterious, yet stylish atmosphere, without denying its guests contemporary luxury. The unique octagonal suite high up in the tower offers an impressive, 360-degree view of both the Korenmarkt, with its imposing thirteen-century church, and the popular Graslei and Korenlei where the Lys flows. The award-winning hotel bar The Cobbler and the brunch restaurant The Kitchen exude the same contemporary interpretation of the intimate, modest beauty that is characteristic of the region. 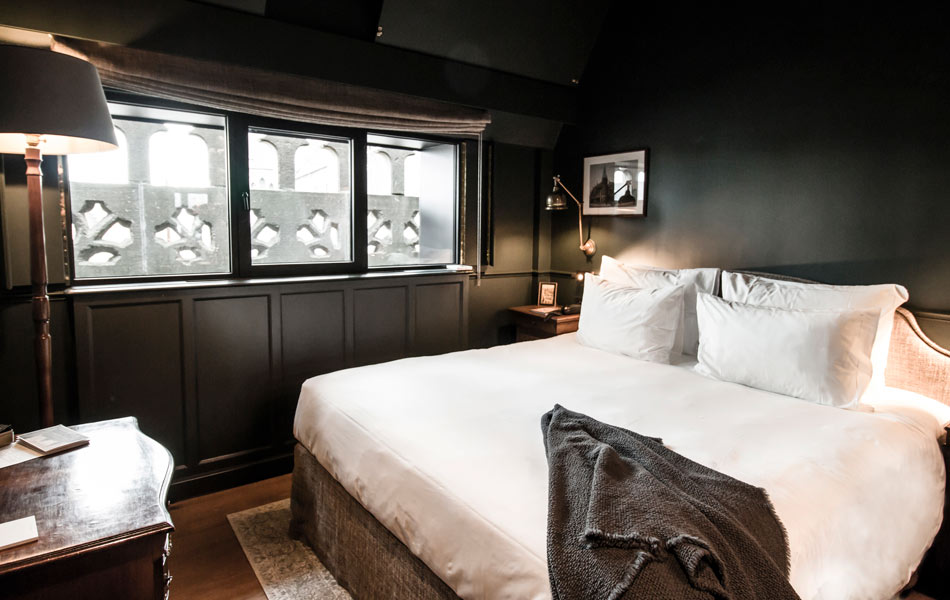 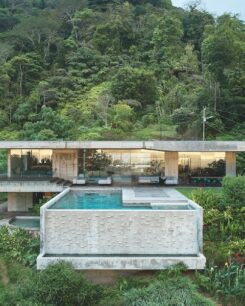 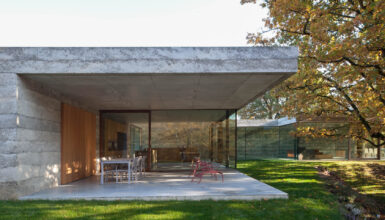