The story of a modern architectural icon

Villa E-1027 (1917-1929) was the first building in Cap Moderne. An architectural ensemble that has stood the test of time. Since its creation, the villa has become a timeless mark of modernism in design and synonymous with a new luxury in architecture.

Reopened to the public in 2015, the Cap Moderne site brings together three emblems of modernist real estate heritage: Villa E-1027 designed by Irish designer Eileen Gray (1878-1976) and her then companion, French architect Jean Badovici (1893-1956); the Cabanon and Camping Units created by Le Corbusier; and the Étoile de Mer, a bar-restaurant owned by Thomas Rebutato, a former construction craftsman from Nice.

Remarkable and unforgettable, this modernist villa designed by the most famous Irishwoman in the history of decorative arts is also the subject of controversy.

For a long time, Jean Badovici was credited with the design of this holiday villa with sea view. However, it was designed by the Irish-born designer Eileen Gray. It is known that Le Corbusier even tried to buy this original house with modern features before vandalizing the property in the 1930s. Later, the house was turned into a training center for German soldiers during World War II.

Truly designed as a house by the sea to welcome friends, the concept of this house as imagined by Eileen Gray is the proposal of a new architectural aesthetic for the 20th century. 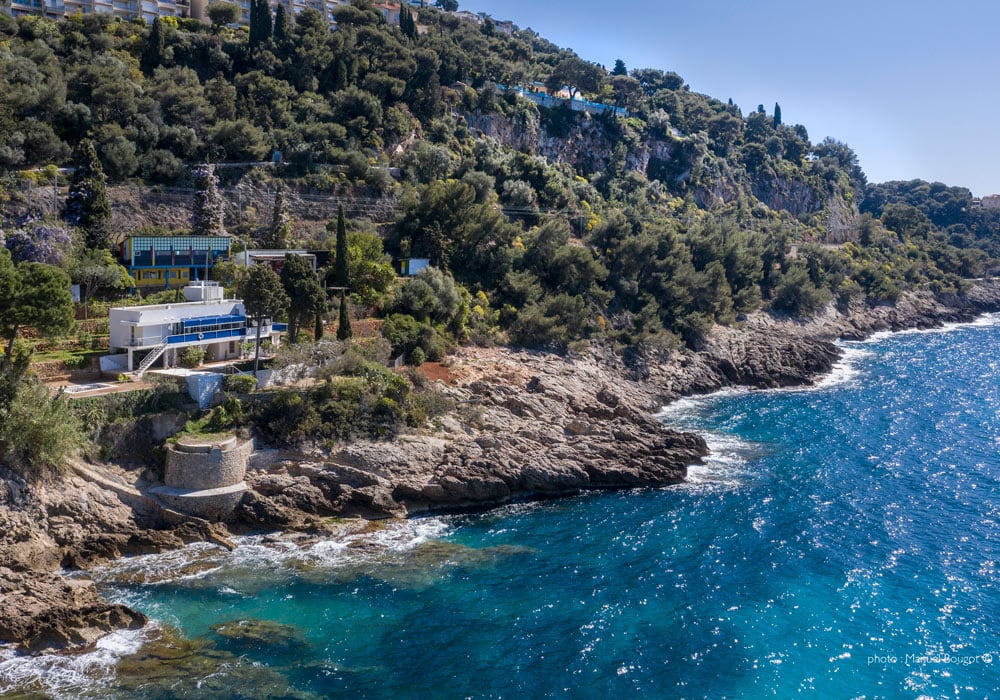 A woman architect’s villa in Cap Moderne: permission to build and inspire

Born in 1978 in Ireland, Eileen Gray already had a decade of practice behind her and a solid reputation in the Art Deco style when she opened her own design boutique in Paris in 1927. There she met the French architect Robert Mallet-Stevens. Mallet-Stevens designed the elegant Villa Noailles in Hyères, in the south of France, with one of her rugs and furniture.

Following her meetings with the architect and designer Pierre Chareau (before he built his famous Maison de Verre in Paris), and the creators of the De Stijl art movement, Eileen Gray bought a piece of land in France. She built a villa on her own terms. The purchase is made in the name of Badovici, Jean, architect and art critic of whom she becomes the companion.

Synonymous with modernist luxury – sleek, geometric, essential – the chic design as imagined by Eileen Gray fully inhabits this villa. The house immediately became mythical and a key inspiration for women architects, such as Lina Bo Bardi.

In 1947, the Nice engineer Thomas Rebutato (1907-1971) began construction of a restaurant next to this villa. Its walls are decorated with paintings by the Swiss-born architect Charles-Edouard Jeanneret (1887-1965). Le Corbusier, the master of modern architecture, managed to obtain a plot of land next to Villa E-1027. He built a holiday home there according to his standardised production rules. Inside, the wooden fittings such as partitions and storage units multiply the space and offer colour, harmony and order. Le Corbusier died accidentally while swimming at the foot of this building.

To this day, Le Corbusier’s Cabanon remains one of the few buildings in the French department of Alpes-Maritimes listed as a UNESCO World Heritage Site. The Villa E-1027 has been classified as a historical monument in France. 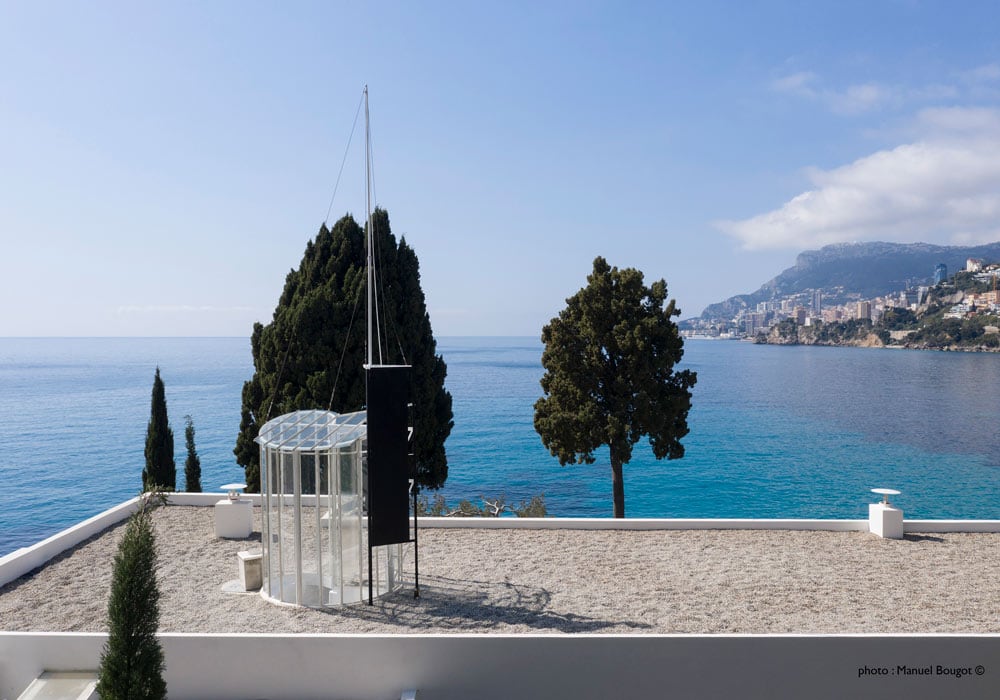 By its name, Villa E-1027 symbolizes the intellectual and loving union between the two creators Eileen Gray and Jean Badovici. Its name is based on the “E” for Eileen Gray, “10” for the “J” of Jean, letter number 10 of the alphabet, “2” for the “B” of his family name (second in that order) and “7” for the “G” of Gray. 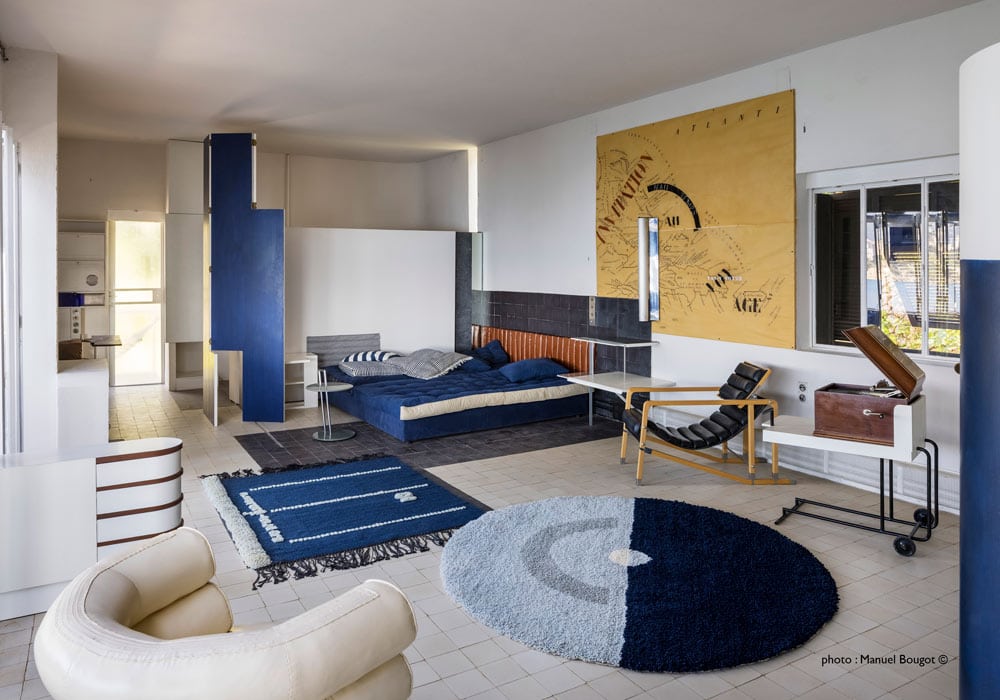 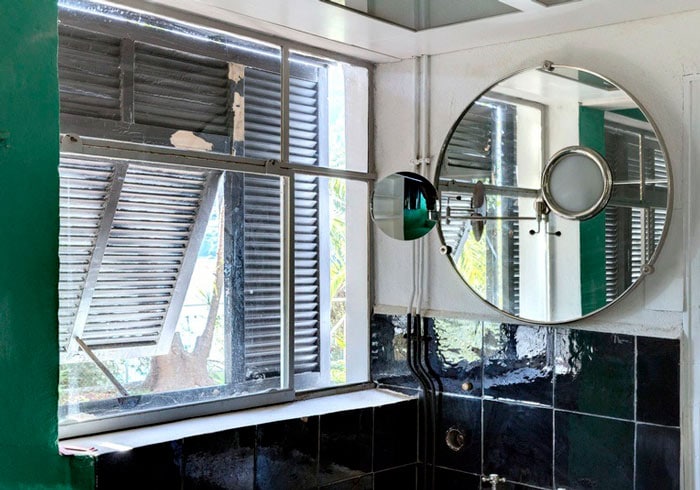 A lover of French architectural heritage from the last century, English businessman Michael Likierman, who has lived in France since the early 1990s, has acquired several properties for renovation. Les Colombières, a villa designed by the writer and designer Ferdinand Bac in Menton, a town in the Alpes-Maritimes department on the French Riviera, was his first restoration project. The garden of Serre de la Madone, designed by the British landscape architect Lawrence Johnston, was his second. In 2007, he decided to undertake work at Villa E-1027.

“Work had previously been carried out, but there was no overall vision and the Conservatoire du Littoral, the owner of the premises, could not manage,” he explains. “Eileen Gray’s villa has always been a very busy place. When Jean Badovici died, the house was sold to a Swiss man who lived there without causing any damage until 1980. Then the house deteriorates gradually until the 2000s and loses its beauty. The State which recovers the property, after an auction of it by Sotheby’s, does not manage to find the right method of renovation. It was by creating the Cap Moderne association that I brought together enthusiasts, professionals and experts who had fallen under the spell of this architecture in order to restore it as it was in 1927.”

“For example, we had to hand-remake diamond-tipped glass, an ordinary material widely used in Gray’s time. The renovation processes we chose were designed to be as faithful as possible to the designer’s spirit. In doing so, we relied on a 1929 issue of the magazine L’Architecture vivante. It lists the entire design and details of this project. Villa E-1027 is the only place in existence where you can see and understand Eileen Gray’s genius as an architect and interior designer.”

Reservations for tours (in English or French) on the website of the Centre Monuments nationaux: capmoderne.monuments-nationaux.fr 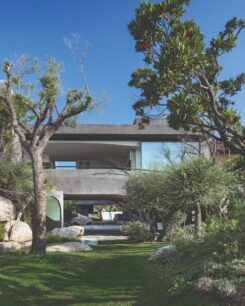 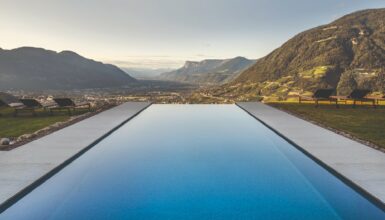 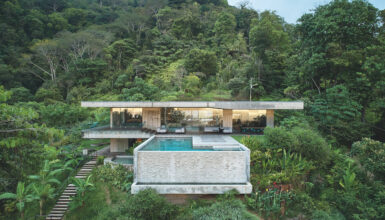 Art Villa: a villa in the jungle of Costa Rica
Close
See also: