As if pre-destined to meet, Christo and Jeanne-Claude were both born on 13 June 1935. Thousands of miles apart, yet the coincidence is irresistible. Christo Vladimiroff Javacheff was born in Gabrovo in Bulgaria and Jeanne-Claude Denat de Guillebon in Casablanca in Morocco.

Passionate about art since childhood, Christo studied at the Academy of Fine Arts in Sofia from 1953 to 1956. In 1958, he decided to move to Paris and put his studies to good use by painting portraits in oil. It was while delivering a portrait of Jeanne-Claude’s mother that he met his future wife and artistic partner, at the age of 23. The influential couple began a long, beautiful and fruitful artistic collaboration. Together they developed their stylistic identity. In the 1960s, their first solo exhibition was held in Cologne, Germany: Stacked Oil Barrels and Dockside Packages. It was also at this time that the duo became involved with the New Realists, a movement whose aim was to describe everyday reality without magnifying it. This was followed by the packaging of objects and then buildings. The two artists appropriated space, draped, wrapped and coloured monuments, offering a new aesthetic vision of urban, rural and sometimes even maritime landscapes. This became their artistic signature. 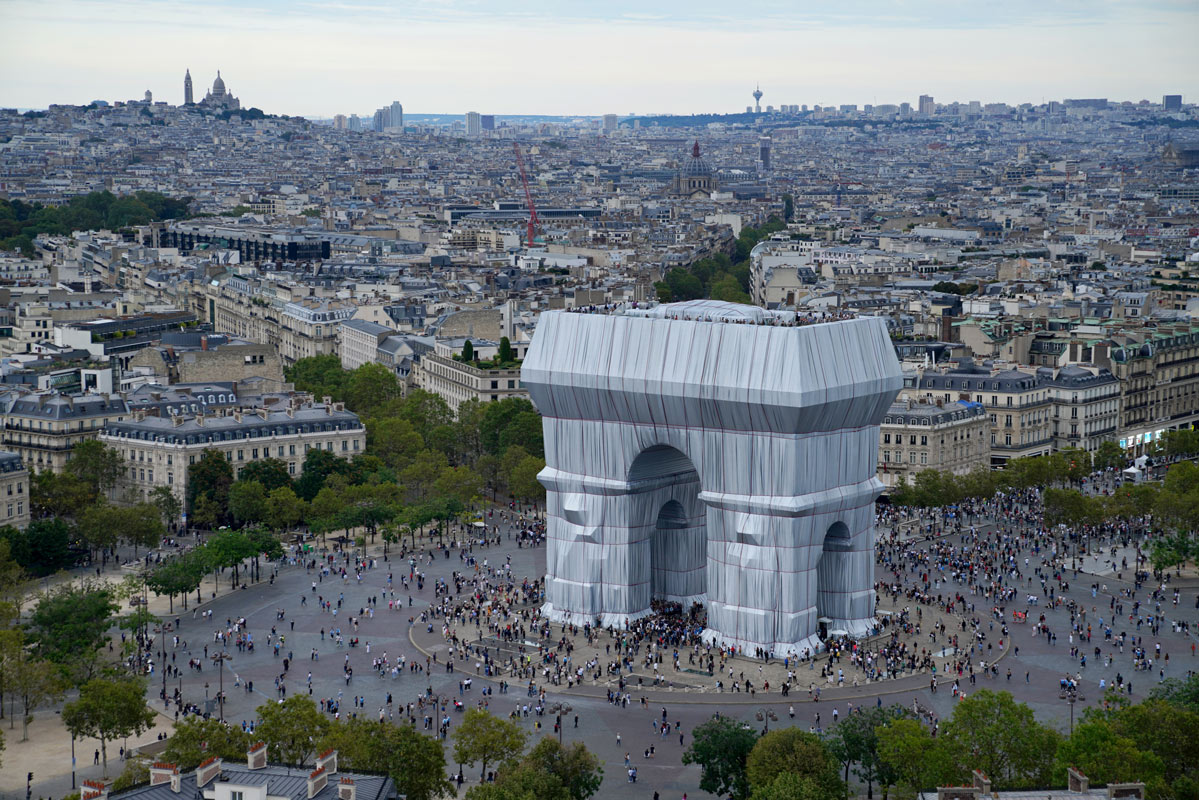 “The work of art is a cry for freedom”, said Christo. The practice of packaging forces us to look at the object or building in question in a new light. Once ‘hidden’, the objects become ordinary. Christo and Jeanne-Claude’s wrappings conceal the obvious in order to better reveal it. Their creations combine aesthetics and the search for meaning. A daring artistic line. But what makes their approach all the more original is the fleeting nature of their works. Their projects only last a short time, on average two weeks. They compare their works to a rainbow: so beautiful yet elusive and volatile. Although ephemeral, their creations live on in the collective memory, despite their deaths in November 2009 for Jeanne-Claude and May 2020 for Christo. This success is partly due to the relationship with their audience. Verbal interactivity and sharing their passion for art were integral to their approach.

Christo and Jeanne-Claude’s art was the result of a long design process. A considerable amount of time elapsed between the creation and the actual execution. But this made the final result all the more spectacular. Their aesthetic and committed works, although ephemeral, continue to inspire today and are internationally recognised. 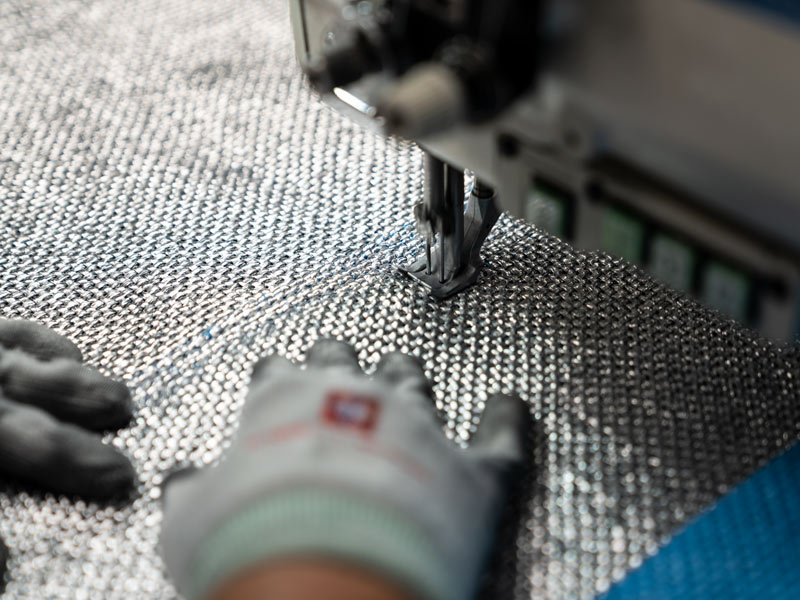 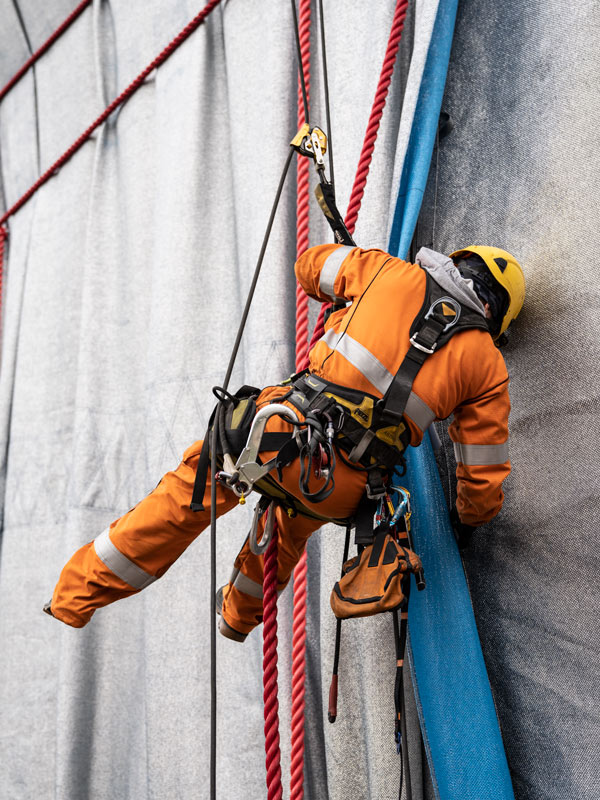 The grandiose land art projects created by Christo and Jeanne-Claude

Christo and Jeanne-Claude’s works belong to the land art movement because of their gigantic scale, and used canvases, ropes and metal structures to conceal world-famous architectural sites. By hiding the imposing buildings, only their architectural form remained. The artists amplified the existence of these monuments and turned them into emblems of freedom in a highly poetic gesture. Art and nature thus became one. As “environmental architects”, they were committed to restoring the site to its original state and to using clean and recycled materials, especially canvas, in all their designs. They also refused to work with any partners and were intent on financing their projects themselves through the sale of preparatory work, drawings, photographs and models produced by the artist.

Moreover, their approach inevitably met with a series of hurdles, especially when it came to gaining authorisations and overcoming red tape to install their creations, which were paradoxically ephemeral. In fact, it took 25 years before the Reichstag, the seat of the German Parliament in Berlin, could be wrapped (1995). A symbolic project conveying the history of Germany, the building was covered with silver fabric and blue ropes, revealing its imposing structure.

In 1983, the talented duo unveiled Surrounded Islands. Eleven islands in Miami’s Biscayne Bay were surrounded by 603,870 square metres of floating pink polypropylene fabric. This work created a total symbiosis between water and land. These artificial islands were used as rubbish dumps. The couple made this landscape beautiful while collecting tons of waste from the surrounding area: a project designed to be both aesthetic and ecological.

In 1985, it was the turn of the Pont Neuf opposite the Samaritaine department store, the oldest bridge in Paris, to be given the Christo treatment. Wrapped in a gigantic golden canvas, the bridge was highlighted to strong visual effect. The reflections of the canvas in the Seine were captivating, echoing Christo’s attachment to the city where he met his wife.

The last projects completed before Christo’s death were: The Floating Piers in 2016 and The London Mastaba in 2018. The first work was created in Italy and consisted of floating yellow fabric platforms that allowed visitors to walk on Lake Iseo. An ingenious modular platform system gave the impression of walking on water. The second was a temporary sculpture created out of stacked barrels floating on the Serpentine Lake in Hyde Park, London.

Unique projects that leave an undeniable mark on our memories despite their ephemeral nature. 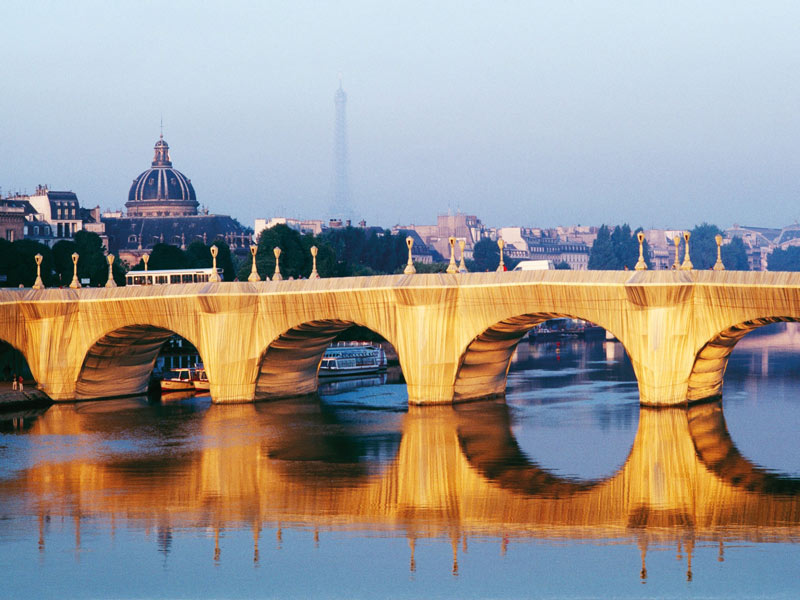 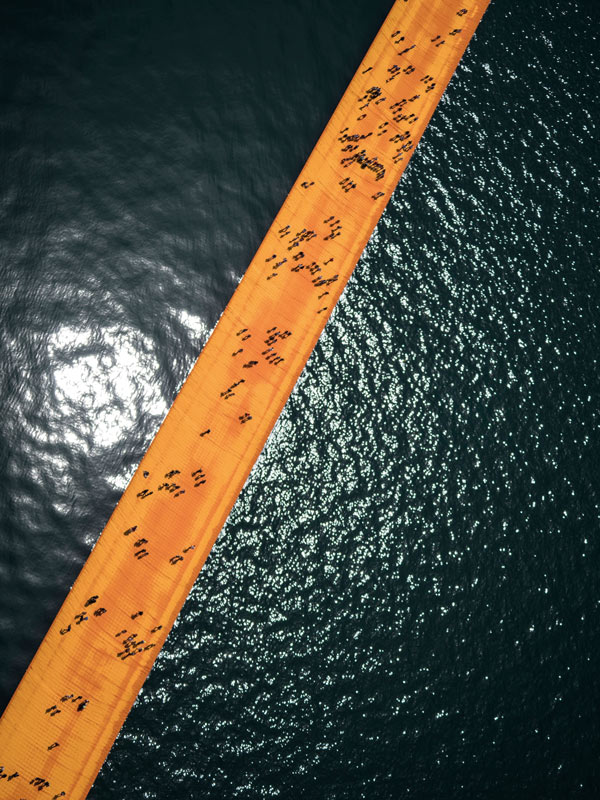 One of the couple’s most cherished dreams was to wrap the Arc de Triomphe in Paris. The ambitious project first came to Christo in 1961 when he rented a small room near the site with Jeanne-Claude. Decades later, after the death of the cult duo, their wish came true, as a tribute to their artistic heritage. The project should have taken place in 2020 to coincide with an exhibition on the artists at the Centre Pompidou, but was postponed until 2021 due to the pandemic. The Arc de Triomphe was packed for 16 days. The posthumous realisation of a long-standing challenge and dream.

In a last interview, Christo said: “I never thought it would happen one day… but I want you to know that many of these projects can be built without me. Everything is already on paper.” The early project, immortalised in several preparatory studies, was supervised by the artist’s nephew. Presented to the Centre des monuments nationaux by the Centre Pompidou, it received the support of the City of Paris.

L’Arc de Triomphe, Wrapped was unveiled to the public from 18 September to 3 October 2021. A spectacular ephemeral work, like all the other creations of the cult duo. The cost of the installation was entirely financed by the Christo Foundation. 25,000 square metres of bluish-silver fabric and three thousand metres of recyclable red rope were unrolled to wrap up one of Paris’ most emblematic monuments. “It will be like a living object that will come alive in the wind and reflect the light. The folds will move, the surface of the monument will become sensual. People will want to touch the Arc de Triomphe,” explained Christo. A generous gift bestowed on the French capital by the artist.

The book Christo and Jeanne-Claude – L’Arc de Triomphe, Wrapped published by Taschen shares the genesis of this project: photos, sketches, history and design. Also, from July 12 to October 20, 2021, an exhibition at the Würth Museum in Alsace retraces the major works of the iconic duo. 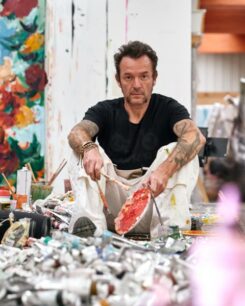 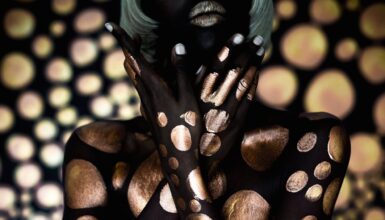 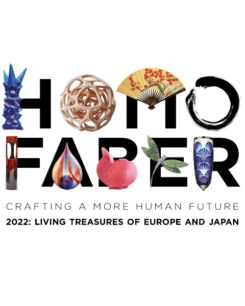 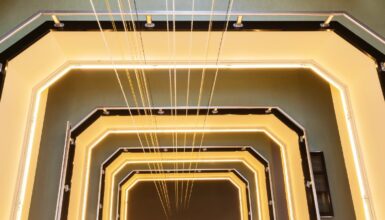