Comfort as a starting and ending point: the timeless Togo sofa

The renowned French design furnishing brand Ligne Roset also has an absolute icon in its collection; the Togo sofa which, with its typical caterpillar-shaped look, is the epitome of a sofa in which you can spend many hours lounging and relaxing. Designer Michel Ducaroy took comfort as a starting point when creating this remarkable design. The Togo is also the first piece of furniture whose interior is completely made of foam, in order to guarantee optimum seating comfort. Two years later, his compatriot Pierre Paulin conceived the Pacha line, which consists of an armchair with or without armrests, an ottoman and a sofa. With their voluptuous curves, this cozy seating furniture still looks as contemporary today as when it was created in 1975. 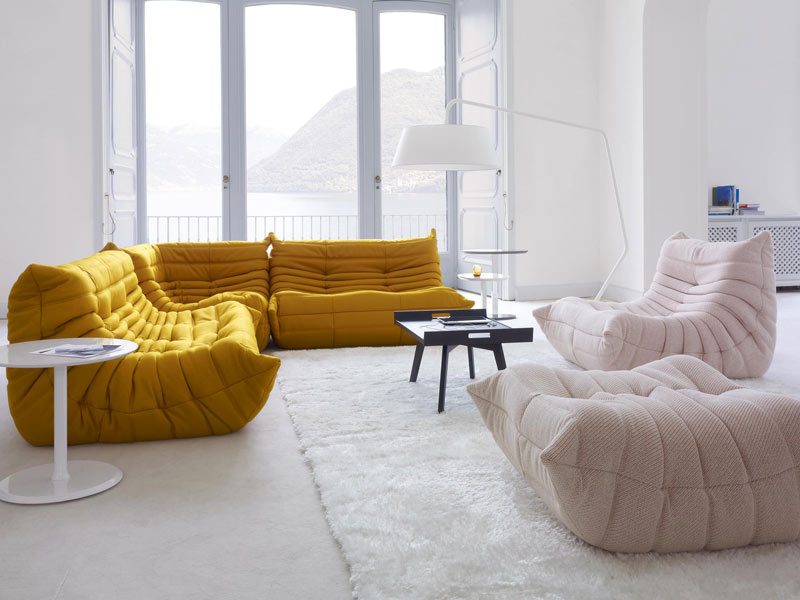 Round shapes are of course nothing new in the world of design. Many classics from the sixties, the seventies and the eighties are characterized by their distinct organic, sometimes brutalist, aesthetic and edge. A style movement known for this particular aesthetic is Italian design from the sixties and seventies. An iconic example of this is the Camaleonda sofa, designed by Mario Bellini for B&B Italia. This innovative and modular design dates back to the seventies. Its inviting look is once again wildly popular with a bevy of interior designers and design enthusiasts. Patricia Urquiola is one of the first designers to express her admiration for this design staple. Mario Bellini’s Amanta, Afra and Tobia Scarpa’s Soriana, Vico Magistretti’s Maralunga 40, Joe Colombo’s Elda Chair and Marco Zanuso’s Lombrico are also getting new praise from design aficionados. 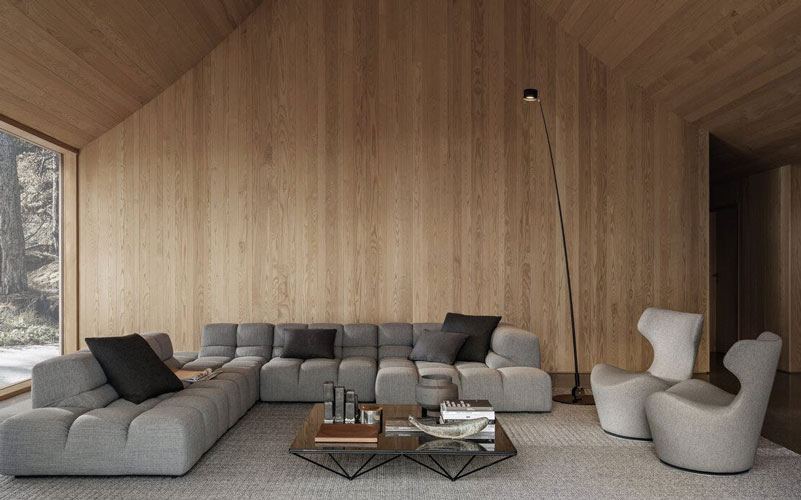 2021 also saw a lot of remarkable designs that lean into this feminine trend. Sabine Marcelis, known for her sense of daring geometry and pure shapes, devised the Bao Pouf for the design label Hem. This shapely formed creation, that is available in a tactile wool fabric in sulfur yellow, cotton candy pink and neutral oatmeal, is not only comfortable, its fascinating design undoubtedly makes a sculptural statement in any interior. Canadian design duo Yabu Pushelberg created the Pukka sofa for Ligne Roset. The creative pair came up with the idea for this tasteful design after seeing the organically shaped 1969 UP50 collection by Gaetano Pesce, which was originally based on the idea of a sponge, using polyurethane. Yabu and Pushelberg elaborate on this same theme, which resulted in the Pukka, a sofa that exudes sensual comfort with its feminine design. This product is also reminiscent of Pierre Paulin’s Pumpkin and Ronan and Erwan Bouroullec’s Ploum, also produced by Ligne Roset. 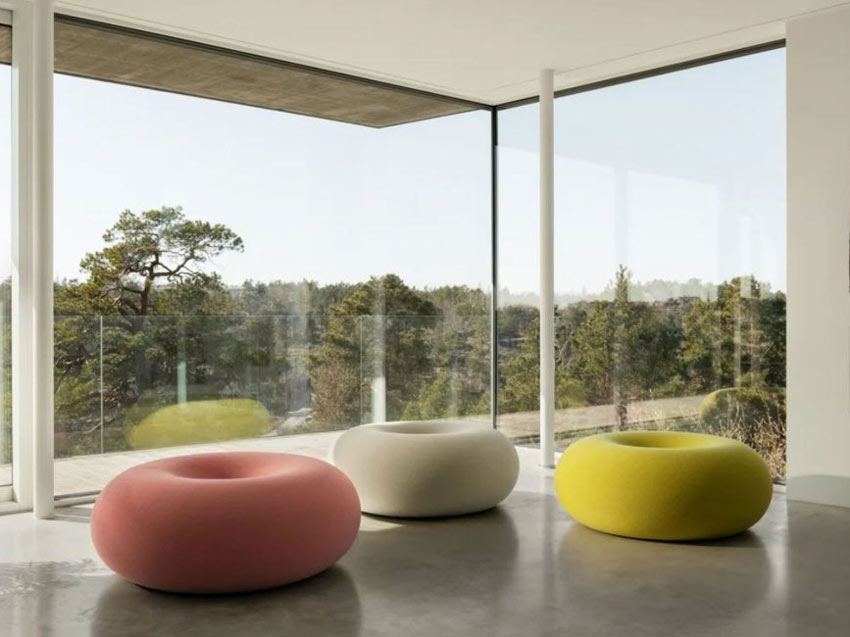 Curvaceous sofas made for living in the 21st century

This century too, furniture designers are only too happy to be inspired by rounded shapes. Once again, several Italian designs immediately catch the eye. There is the Tufty Time sofa from 2005, designed by the Spanish designer Patricia Urquiola for B&B Italia, which — as Pacific for Moroso —, takes its inspiration from 1940s Jean Royère’s iconic Ours Polaire sofas and armchairs. Urquiola reinterprets the classic Chesterfield sofas from the sixties and seventies with Tufty Time’s oversized quilted design. In 2018 Jonas Wagell designed the Julep sofa for Italian design brand Tacchini, inspired by the artistic movements of the 1950s. Its soft curves give this sofa a highly attractive appearance, which feels both timeless and feminine. 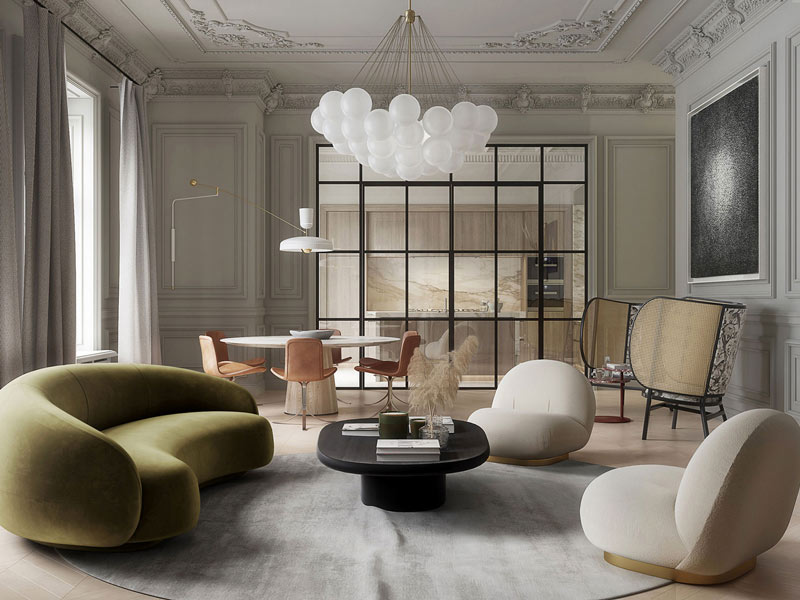 Chairs galore ahead of the curve

In terms of chair designs, one also notices a clear shift towards less angular shapes. Faye Toogood’s edgy and comfy Puffy Lounge Chair, noticeably inspired by Brazilian Campagna brothers’ early designs, is the most emblematic new product of this kind. Tom Dixon’s Fat Chair, with its tubular back and rounded legs, is a contemporary example of this evolution. The Grasso Chair of the same name (grasso is Italian for fat, ed.) follows the same pattern. Crafted from supple leather that flows over the frame at the armrests, this design by Stephen Burks (BD Barcelona Design) evokes a sense of luxurious abundance. However, round shapes don’t have to equate fully fleshed designs. Just like the Grasso Chair, the Lemni Chair by Marco Lavit (Living Divani) has an obviously rounded design, but is its polar opposite in terms of visual weight. With its fine frame, this minimalist armchair exudes a feeling of lightness and airiness. 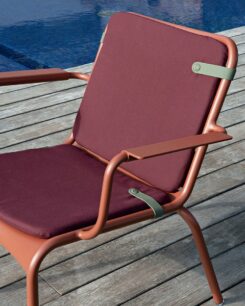 High-quality and vitaminized garden furniture for the summer 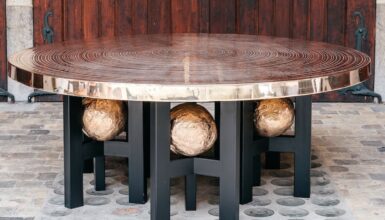 The secrets of the Ado Chale workshop in Brussels 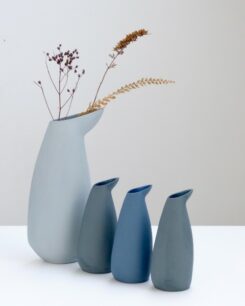 Three generations of talented ceramists worth knowing in Belgium 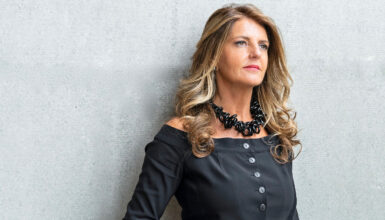