Nowadays gold is present in many interior designs. A successful example is the fine dining restaurant Nolinski in Paris, which tastefully combines the Art déco style from the 1930s with influences from the glamorous 1970s, all of which are dressed in gold. Gold accents also catch the eye in the luxurious spa area of the Four Seasons hotel in Milan, designed by Patricia Urquiola. The mixers have been given a gold-coloured, made-to-measure finish, which makes for a sublime result thanks to the brand Hansgrohe. Gold is even used again to decorate fashion shows. For example, the catwalk of one of the last Chloé show to date was decorated with gold-plated columns, created by the French sculptress Marion Verboom. The artist was inspired by classical Greco-Roman architecture, and more specifically by chryselephantine sculptures. The work of the French artist César is no stranger.

Gold in contemporary architecture: from the spaces of Fondazione Prada to the European Court of Justice

Contemporary architecture with a golden edge immediately brings to mind the Haunted House, which is entirely covered in gold leaf and forms part of the Milan headquarters of Fondazione Prada, designed by Rem Koolhaas and OMA. This precious metal also comes to the fore in the design for the Court of Justice of the European Union. French architect Dominique Perrault chose gold as the main colour for both the interior and the exterior, not only to give the Court a fitting appearance, but also to make the light inside warmer and sunnier.

Gold color in art, from Yves Klein to Damien Hirst

The most beloved of all precious metals is still an attractive material for artists to work with. Just think of British artist Damien Hirst’s work Gone but not forgotten, in which he covered a mammoth skeleton with a layer of gold. A little further back in time, the painter Yves Klein also created a gold-coloured version of his world-famous single-colour works. Everyone is probably familiar with his blue monochrome, in the Klein blue named after him, but there is also a gold monochrome that can be admired in the Stedelijk Museum in Amsterdam. Another world-famous painting is Judith II by Gustav Klimt from 1901, which depicts the biblical figure as a sensual temptress and reinforces her erotic aura by his use of gold leaf. More recent gold works such as Felix González-Torres’ Untitled (Golden) from 1995 and Kris Martin’s Festum II (2010) are also worth mentioning.

Starck creations and the “golden classics” of product design

But also Many product designers are under the spell of gold. Gio Ponti, one of the most prominent Italian designers and architects of the 20th century, created in his time several gold-colored interior accessories, such as his famous gold-colored Centerpiece, reissued by Sambonet. Many designers who belong to the generation 2000-10 such as Michael Anastassiades, Lee Broom, Tom Dixon, and Valentin Loellmann also like to use gold and brass in their creations, both for lighting—Lee Broom’s Orion Globe Light—,and for furniture—Valentin Loellman’s Brass collection. These creative talents may or may not have been inspired by the pioneer of gold interior accessories: Philippe Starck. This creative jack-of-all-trades created, among other things, the gold Table Gun lamp for Flos, and several of his iconic designs, such as the Masters chair for Kartell and the Juicy Salif juicer for Alessi, are available in a gold version. 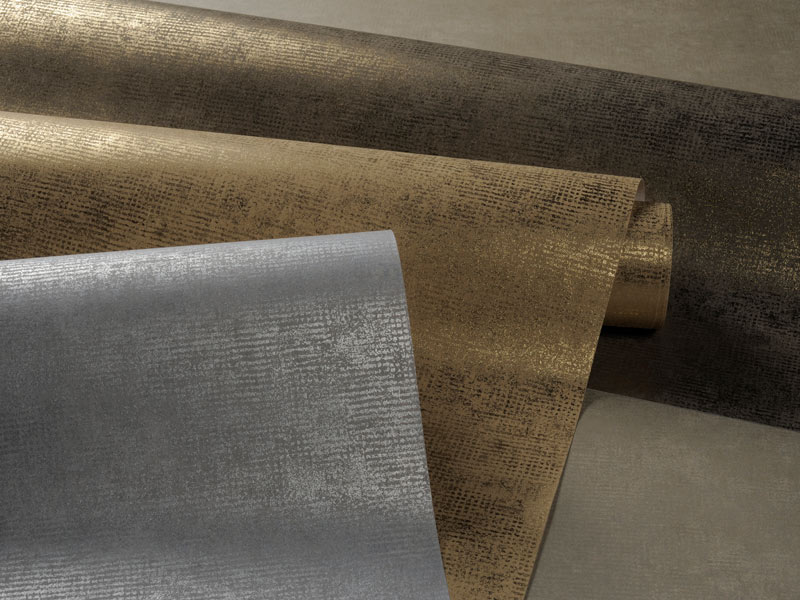 Gold in the interior as a subtle accent colour

If you want To give your home a royal upgrade and integrate gold into your interior, it is best to keep a few rules in mind to avoid a rather kitschy look. Overkill is harmful, and that is certainly true for a striking material such as gold. So use it mainly as an accent color. Ideal for this is contemporary lighting that is rather minimalist in style. A fine example is the Anvers collection of CTO Lighting. If you prefer something more romantic, the gold-coloured Garland by Tord Boontje, where a delicate cloud of metal flowers wraps around a light bulb, is a sublime choice. It should come as no surprise that this design has been included in the permanent collection of the MoMA in New York and the Victoria and Albert Museum in London. Gold door handles, such as the Phyllibert collection by the Belgian Maison Vervloedt, are also subtle enough to give a room that finishing touch without being too overpowering. 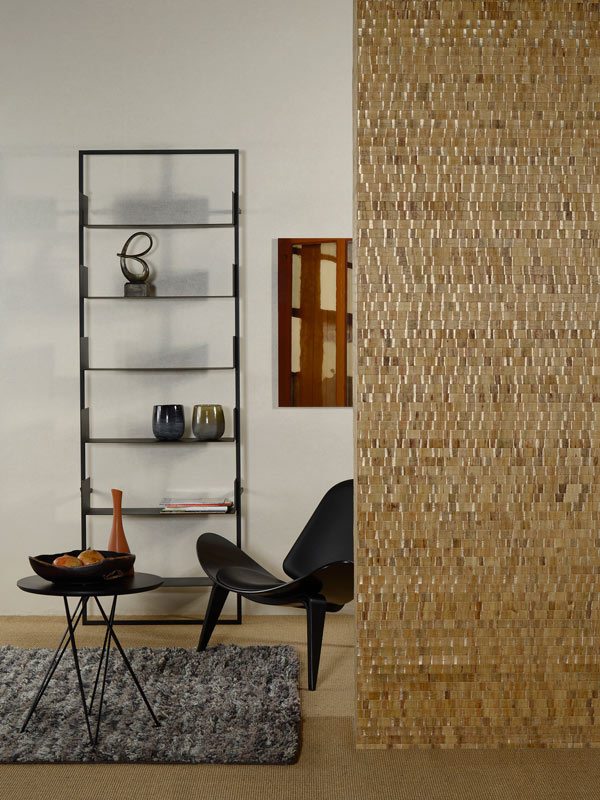 Gold furniture as the ultimate eye-catcher

If you want something more, a design piece in a gold version can be a good choice, as long as the rest of the interior remains sober. Renowned Italian furniture brand Edra (available at Instore in Brussels), for example, has released the Gina Chair and Margherita Easy Chair, both designed by Jacopo Foggini, in a gold-tone version. Their Sponge Chair, a creation by Peter Traag, is also available in the metal of kings. The Golden Chair by Dutch design brand Moooi is available in both matte gold and shiny gold versions.

If you really want to make a statement, you can also choose to cover walls or cabinets with a gold layer. The Belgian company Omexco has a yellow-gold wall covering in its Nomad collection that allows you to create a special accent wall in no time. Or you can decorate cupboards with brass panels, as Danish company Reform did at the head office of fashion designer Stine Goya. Although this extravagant look is not suitable for every interior. 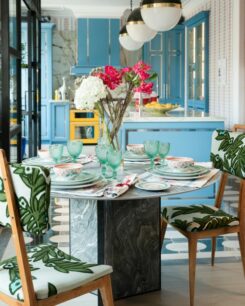 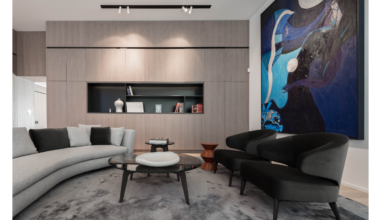 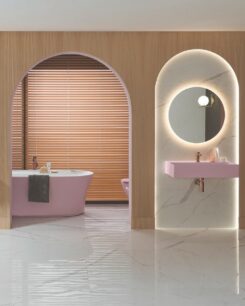 The bathroom: a mix of technology and aesthetics 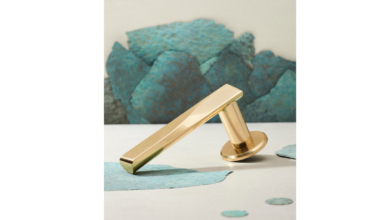 Jeroen Broux : “Instagram is a modern form of art gallery.”